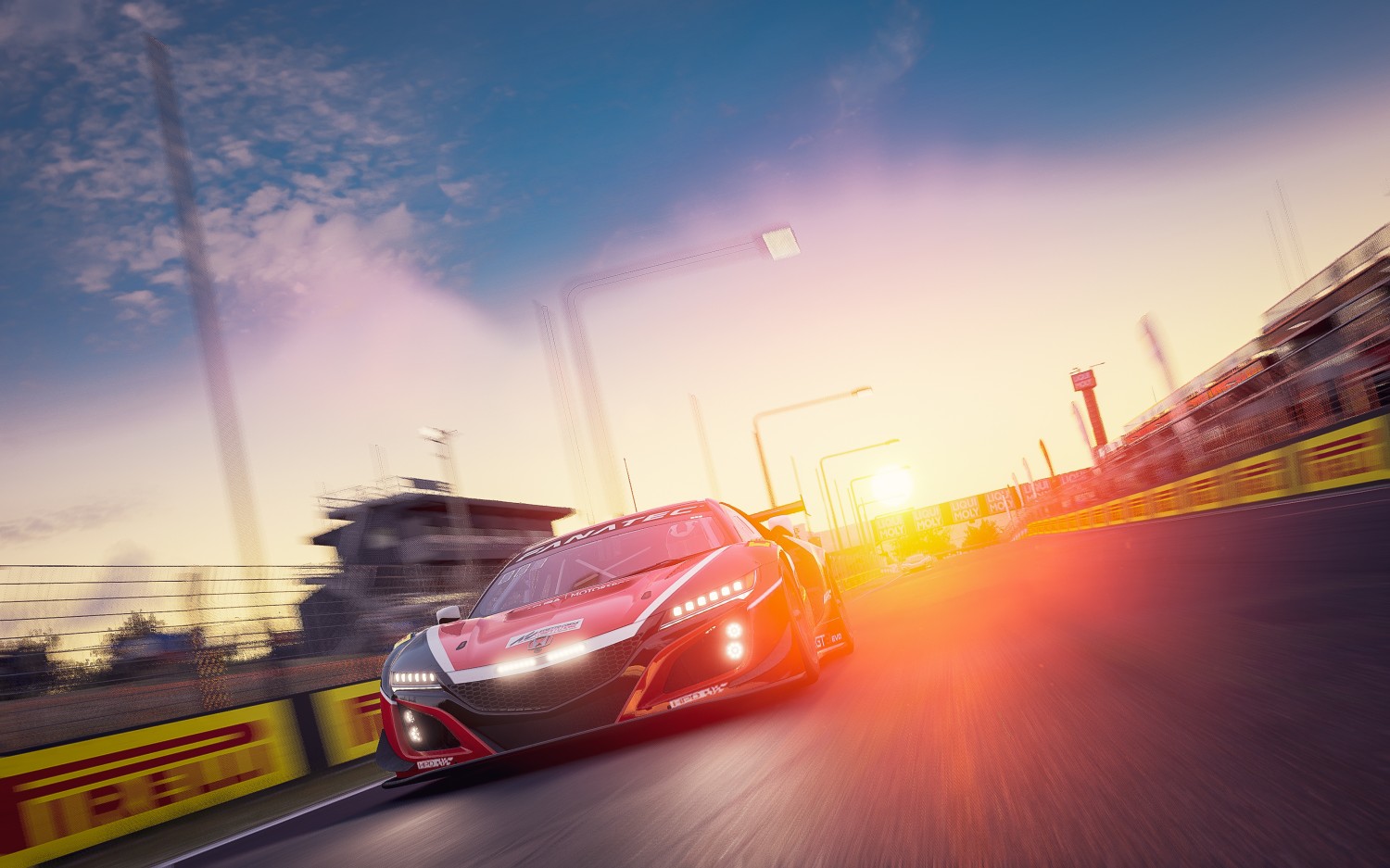 The trio of Nicolas Hillebrand, Josh Staffin, and Karl Wittmer survived a grueling 12 hours around the iconic track to take the win in the No. 93 Acura NSX GT3 Evo by 26.553 seconds over the SideMax x Black Hawk Racing McLaren 720S GT3 of Tinko van der Velde, Chris Severt, and Sam Cairns in a race that saw the top four all finish on the lead lap.

After qualifying fourth, the No. 93 trio ran in contention throughout the race but took firm control when Cairns crashed and suffered significant damage while leading in the eleventh hour.

Sidemax x Blackhawk Racing and the No. 93 HPD JAS entry has been swapping the lead by virtue of alternate pit sequences prior to Cairns' mishap which allowed the eventual winners to take the lead for good.

Cairns, van der Velde, and Severt ultimately held on for second ahead of a thrilling battle for the final podium position that saw Cody Blanton of PPR Esports Blue make contact with Crowdstrike Racing driver Sam Michaels in The Chase while trying to take third place in the final hour.

Both cars continued on and Blanton ultimately relinquished the position he had gained through the contact thereby avoiding any penalty for the collision.

Michaels held on to third, ultimately bringing his No. 4 Mercedes-AMG GT3 Evo that he shared with Kevin Boehm and Scott Michaels home just under six seconds ahead of the No. 2 Mercedes of Blanton, Luke Whitehead, and Niels van de Koekelt that Whitehead started from the front of the grid.

Although it ended off of the podium, it was a remarkable comeback for the polesitting car that was in strife from the opening lap.

Whitehead spun at Skyline on the opening lap and was collected by both of the sister PPR Esports entries which sent them all to the pit lane for extensive repairs.

That allowed Hillebrand through to take a lead that appeared to be a comfortable one until a spin while he was negotiating lapped traffic early in the going. The car would later sustain damage in the tight and twisty downhill of the Mountain, which put them behind SideMax x Black Hawk Racing and initiated the alternating pit stop sequence between the lead cars that would characterize the majority of the race.

The No. 1 PPR Esports Gold Bentley Continental GT3 that had overcome the first lap collision with its team cars saw a rally back through the field come undone by virtue of a connectivity issue as well prior to the start of the tenth hour.

The top ten finishers from Round 1 of the endurance slate now assume those positions in the points standings heading into the second of three scheduled races which will be held at Monza on October 30th.