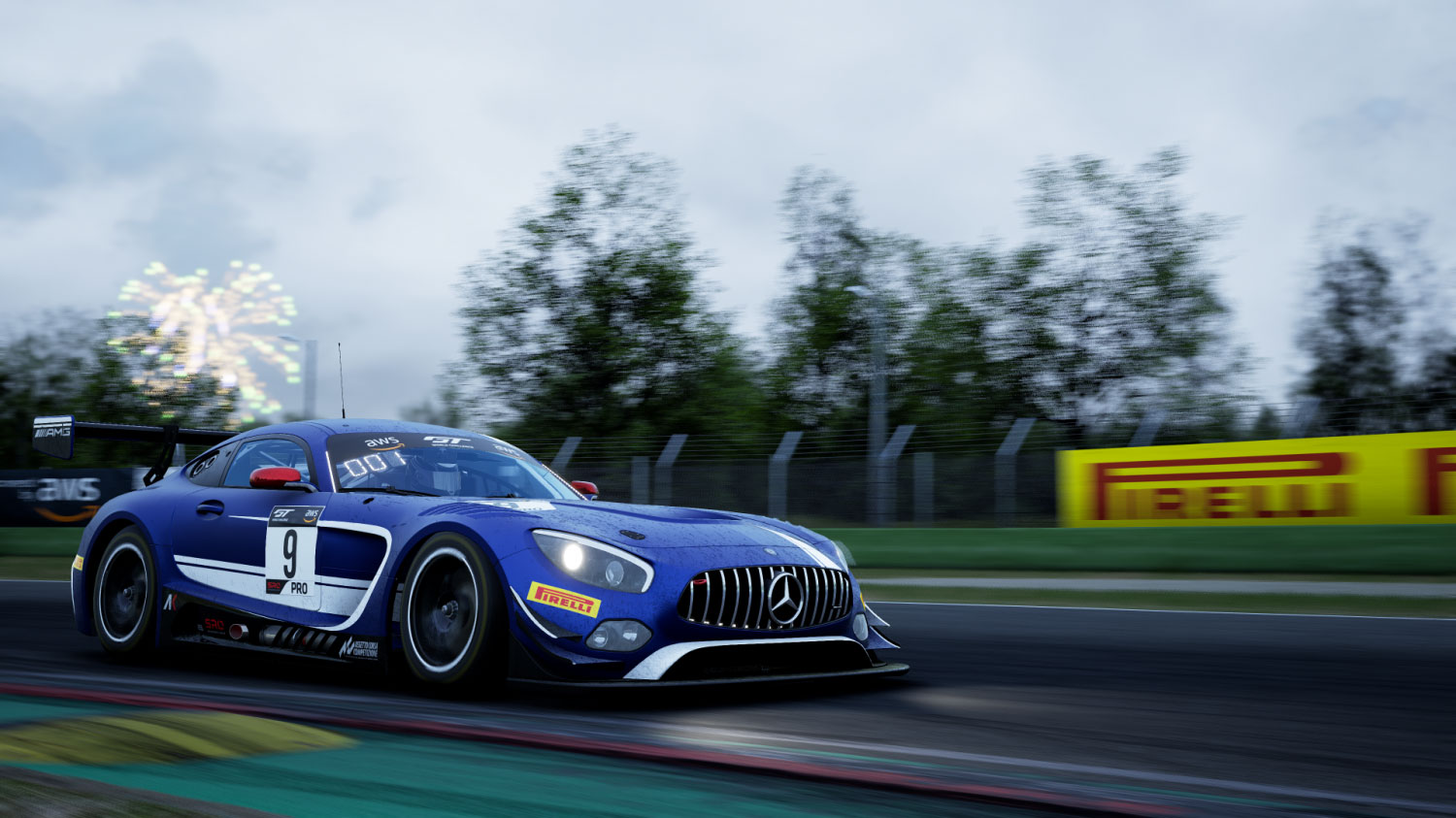 A late flying lap in tricky wet conditions secured pole position for Blanton in the No. 9 Avid Chronic Racing Mercedes-AMG GT3 by three tenths of a second over fellow Mercedes-runner Troy Barman in the No. 191 Racing Line Motorsports entry.

Blanton took full advantage of the prime real estate by getting a strong jump into the lead at the start of the race en route to a flag-to-flag victory.

Behind Blanton the battles were fierce around the Imola circuit over the course of the 60-minute race that, unlike qualifying, unfolded into dry conditions.

Kundakciaglu, who led the championship by nine points entering the finale, had a clean start from fourth on the grid and quickly moved up into third in the opening laps.

The Canadian spent most of the race pressuring Barman for the runner-up spot while trying not to subject himself to too much risk, knowing that a podium finish would be enough to clinch the championship even with his closest rivals, Blanton and Barman, ahead of him on track.

The race-long battle between Kundakciaglu and Barman ultimately tipped in the championship leader's favor with 25 minutes to go when Barman slid wide at the exit of Rivazza and opened the door for Kundakciaglu to make a move to the inside into the Tamburello Chicane.

Despite some door to door contact, Kundakciaglu was able to complete the pass and throttle into second place where he would ultimately finish.

Barman spent the rest of his race trying to fend off the No. 42 Egg Motorsports Ferrari 488 GT3 of Philippe Simard, but that battle was rendered moot by a 15-second post-race penalty that was assessed to the Ferrari driver.

Simard finished third on the road but was credited with a fifth place finish after the penalty was taken into account, slotting in behind Barman and Round 4 winner Nick McMillen in the No. 25 Thrustmaster Esports Mercedes-AMG GT3.

It was a particularly impressive performance by McMillen who qualified way back on the grid in 17th place but worked quickly into the top ten after the drop of the green.

The American was a part of a tremendous battle for sixth, seventh, eighth, ninth, and tenth in the second half of the race that at various times featured Hamza Gulzar, Lucas Müller, Lukas Müller, Sam Cairns, Bryan Heitkotter, and Josh Staffin interchanging positions..

Heitkotter, the #GTRivals champion, was also able to emerge from this group to finish sixth after qualifying 14th in the No. 5 Forsberg Racing Nissan GT-R Nismo GT3, followed by Champion Motorsports driver Josh Staffin who finished seventh after a dazzling qualifying performance in the wet saw him line up third.

At the end of the five-round championship, Kundakciaglu secured the title by 11 points over Blanton who was himself a single tally ahead of Barman in points.

The GT4 championship was decided before the last green flag flew with Aenore Cavillon having finished on the podium in the penultimate race at WeatherTech Raceway Laguna Seca last month, securing the title.

The Jean Alesi Esports Academy driver and her teammate Mia Rose dominated the class in qualifying which began with a dry track before the rain set in halfway through the allotted time for GT4 competitors.

As a result, Rose earned the class pole with a time that was faster than 15 GT3 drivers who had their full session run in wet conditions.

Cavillon, the champion-elect, qualified on the outside of the front row in class, completing a sweep of the top two spots for the Porsche 718 Cayman GT4 Clubsport.

They were followed by Simon Fisher and Juan Reinoso in a Porsche and Maserati MC GT4, respectively.

Cavillon got the jump on Rose early on and led much of the early going, but the Australian went on a charge in the second half of the 60-minute race.

Often in the midst of GT3 traffic, the two Jean Alesi Esports Academy teammates proceeded to swap the lead multiple times in some of the closest racing of the season, but a late mistake by Rose in Tosa created the opportunity for Cavillon to pull away and take her fourth win of a championship-winning season that saw her rack up four wins and a third in five starts.

Rose came home second, while Simon Fisher completed the podium as the third and final car on the lead lap in GT4 competition.

Imola delivered an exciting end to our second season of esports with Assetto Corsa Competizione. As we move into the regular season, additional esports championships are in the works and will be announced shortly.