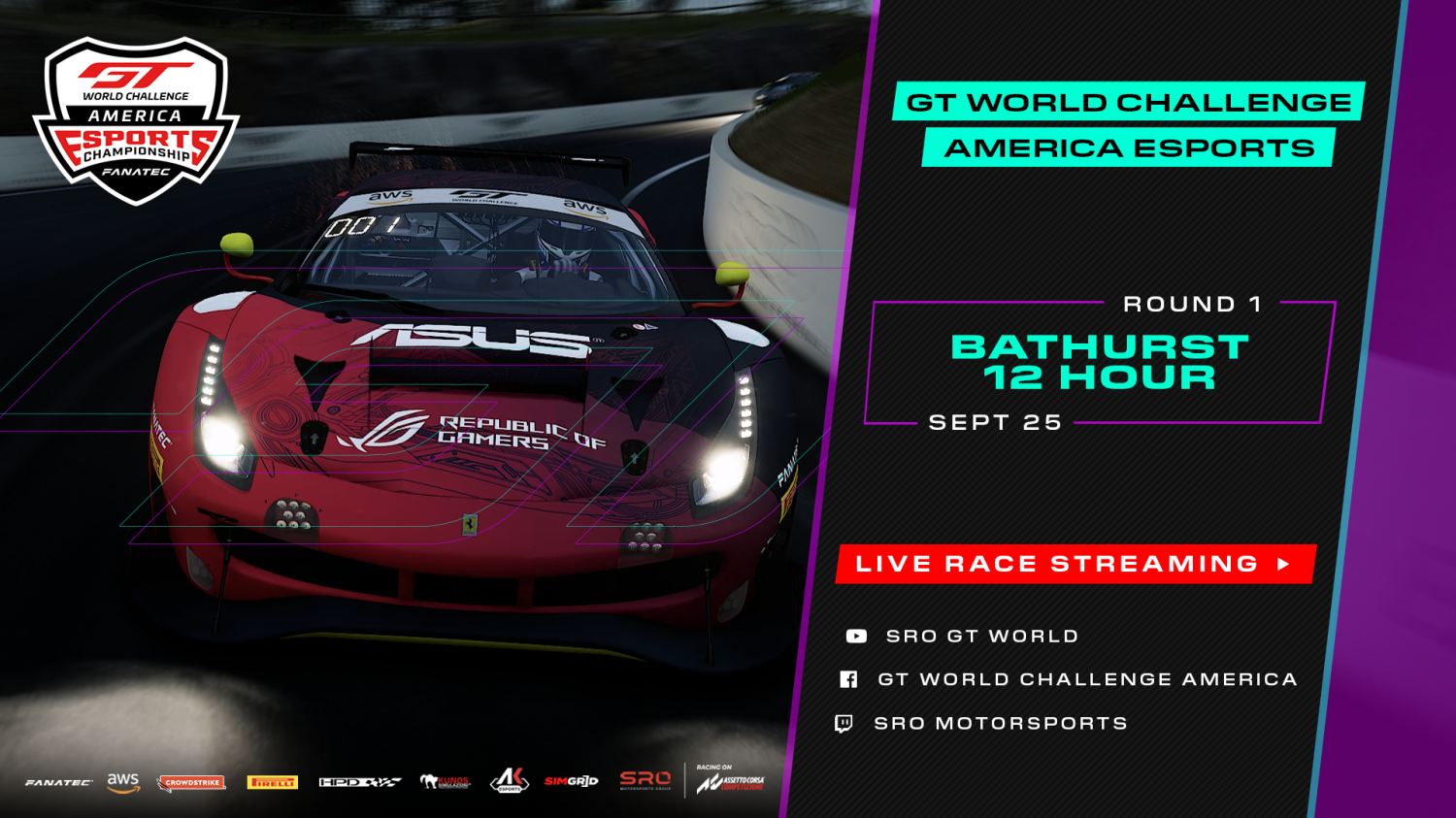 20 teams have taken up the challenge of 12 grueling hours around the Mount Panorama Circuit in virtual Bathurst, Australia for the first leg of the GT World Challenge Esports America Championship's endurance season.

It marks the first long distance race of the season after a strong start to the Sprint portion of the schedule in SRO America's official esports championship utilizing Assetto Corsa Competizione.

Simard currently trails Kundakcioglu in the Sprint standings by just two points heading into the series' final race on the strength of a win and a runner-up result in the past two events. Ryan-Meenan, meanwhile, is fifth in Sprint points with a best finish of second at Spa.

The No. 3 Mercedes-AMG GT3 Evo out of the PPR Esports stable also bears watching as it is slated to have the most recent winner in Sprint competition, Jordan Grant-Smith, as part of the three-driver lineup.

Joining Grant-Smith will be Taha Malih, twice a points scorer in Sprint competition this season, and newcomer Harry Spiers.

TSE Racing will be the busiest team in the field with no less than five three-driver entries, each representing a different GT3 manufacturer.

HPD Jas Pro America has two stout lineups set to take to the mountain in a pair of Acura NSX GT3 Evo machines. The No. 93 features real-world driver Nick Wittmer alongside Josh Staffin and Nicolas Hillebrand, while the sister No. 94 car's lineup includes Sprint competitors Cardin Lu and Zach Patterson alongside Ben Creanor.

AWS Esports and CrowdStrike Racing have each entered crews that have extensive experience in CrowdStrike Cup competition this year.

The AWS-backed Ferrari will be driven by Bill Clark, Roman Alekseenkov, and Brad Smoak, while CrowdStrike Racing's Mercedes-AMG will be piloted by Sam and Scott Michaels along with reigning TC America powered by the Skip Barber Racing School TCA champion Kevin Boehm.

Elsewhere in the field, RacingSimTools eSports has Jonathan Lee, Darren King, and Simon Fisher entered in a Porsche 911 GT3 R while Kyalami runner-up Nicolas Alvarado, Marc-Antoine Landry, and Zach Etier are listed alongside the team's No. 89 Acura.

Find out which team will conquer The Mountain to claim victory in the opening round of the Endurance season at 12:30PM ET on Saturday with live coverage available at SRO's GT World YouTube Channel and SRO Motorsports Twitch Channel.