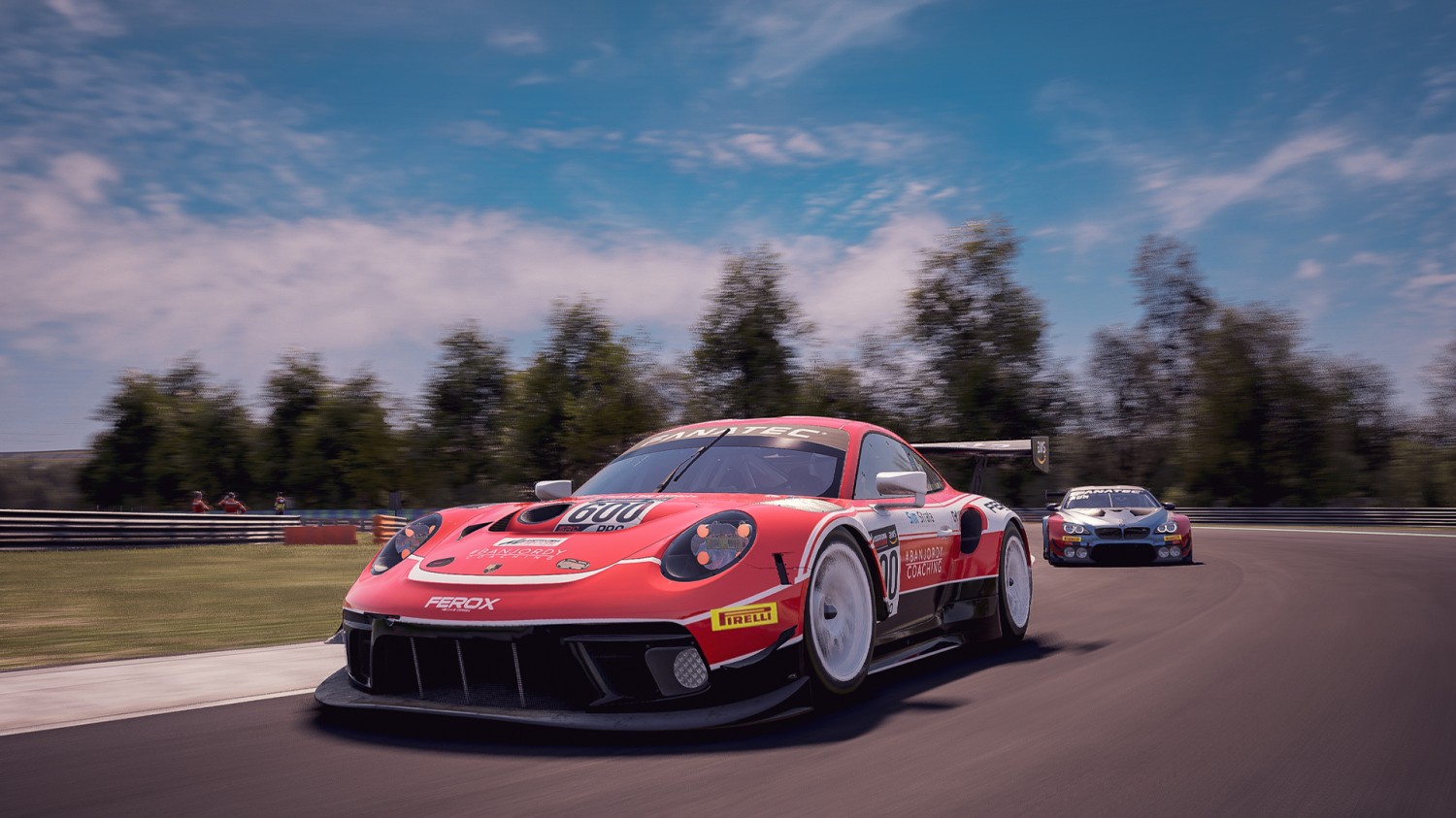 Jordan Grant-Smith held off a charging Philippe Simard to take victory in the fourth round of the GT World Challenge America Esports Sprint championship, while the race for the title tightened up between the top three with one Sprint race remaining.

Grant-Smith moved his BanJordy Racing Porsche 911 GT3 R into the lead following the mandatory pit stop midway through the race which saw polesitter and early leader Luke Whitehead drop out of the fight at the front due to a delayed pit sequence.

After inheriting the lead, Grant-Smith had to fend off Spa winner Simard in the No. 19 R&K Racing BMW M6 GT3 who made an aborted lunge at the leader in the final ten minutes before ultimately dropping back to finish second 0.398 seconds behind the eventual winner.

Whitehead had controlled the 60-minute affair early after qualifying his No. 557 SDL eSports by Logitech G McLaren 720S GT3 on pole and recovered from the slow stop to complete the podium in third.

He was followed across the line by fellow McLaren runner and championship leader Michael Kundakcioglu in the No. 96 entry for FFS Racing, while Aloo Gobi made it three McLarens in the top five for Griphax Engineering.

Outside of the battles for podium contention, Killian Ryan-Meenan and Cardin Lu were embroiled in an enthralling duel for the better part of 30 minutes that was only briefly broken up by the pit window.

The two picked up their scrap right where they left off following the stops with Ryan-Meenan making the move for seventh on the HPD JAS Pro America racer, only to be asked to give the spot back due to contact between the former's Aston Martin Vantage AMR GT3 and the latter's Acura NSX GT3 Evo.

Ultimately the SideMax Motorworks driver's pace proved irresistible as Ryan-Meenan repeated the overtake without contact in Turn 12 and held off the challenges of Lu to finish seventh.

The fight for the Sprint championship has come down to the reigning champion Kundakcioglu, Round 4 runner-up Simard, and Chris Severt who turned in a solid run to sixth in the No. 81 Black Hawk Racing Aston Martin.

Just two points separate Kundakciaglu from Simard, while Severt sits within striking distance eight points behind the leader despite being the only one of the three that has not yet scored a victory this season.

Despite missing the Hungaroring round, Kyalami winner Cody Pryde holds fourth in the title chase but is out of contention as he is 36 points adrift with just 25 points remaining on offer.

Up next for the GT World Challenge Esports America championship is the first Endurance event of the season at Bathurst on September 25 before a trip to Suzuka on October 23 for the Sprint season finale.