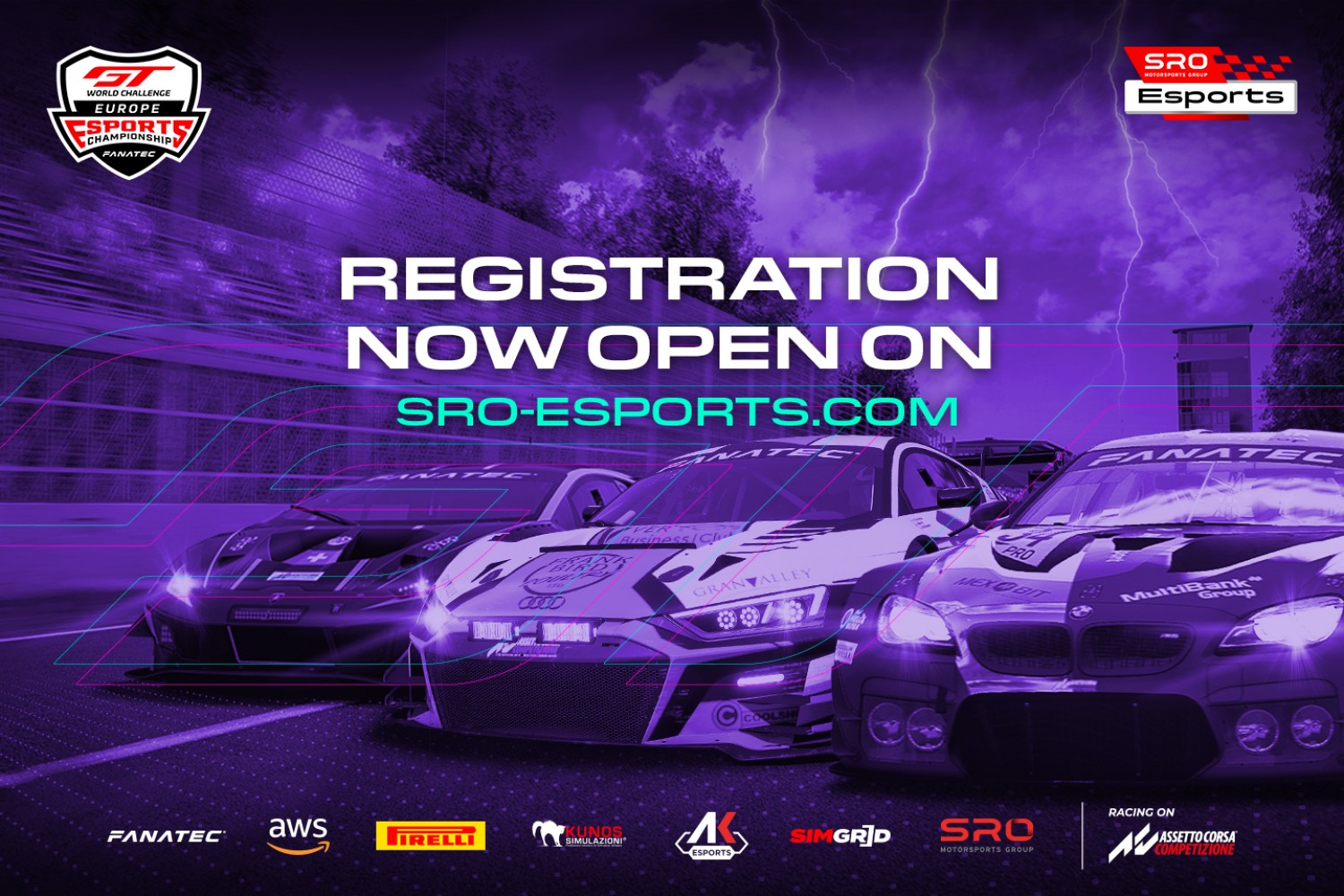 Registration is now open for the new GT World Challenge Esports Championships in Europe, Asia and America, with all three set to stage their maiden races this month.

Utilising the highly authentic physics and unmatched driving realism of Assetto Corsa Competizione from Kunos Simulazioni, each continental championship will comprise a Sprint Series for individual sim drivers and an Endurance Series catering for leading esports teams. A minimum of €50,000 prize money is guaranteed across the three continents and competitors hoping to stake their claim can register now at SRO-esports.com.

Entry to Sprint Series events will be determined by hot lap qualifying sessions. Up to 44 single-driver cars can compete in each one-hour race and registration will remain open for the duration of the championships. The full-season Endurance Series grids will be determined by single hot lap qualifying sessions dedicated to each continent, with 44 cars able to make the cut. Teams wishing to compete in Europe must register by 16 May, while in Asia and America the cut-off date is 11 July.

The European campaign will launch at Monza, with the iconic Temple of Speed hosting a one-hour Sprint race on 21 May and a three-hour Endurance contest on 22 May. Hot lap qualifying for both events will run from 10-16 May and, with significant prize money up for grabs, the competition promises to be fierce.

Asia will launch its GT World Challenge Esports season with a Sprint Series race at Brands Hatch on 20 May, while its opening Endurance event will be a six-hour run at Bathurst on 17 July. Qualifying for the Sprint round will be open from 10-16 May, while the Mount Panorama hot lap session runs from 5-11 July.

The American championship gets underway with a Sprint Series event at Kyalami (22 May) and a six-hour Endurance race at legendary Californian venue Laguna Seca (17 July). Sprint qualifying will be open from 10-16 May, while Endurance teams can stake their claim for a place on the grid from 5-11 July.

The GT World Challenge Esports Championship is the latest virtual racing initiative organised by SRO Motorsports Group in collaboration with Fanatec, Kunos Simulazioni and AK Informatica, with additional support provided by The Sim Grid. Each event will be streamed live across YouTube, Twitch and Facebook, with an expert broadcast team guiding fans through the action.