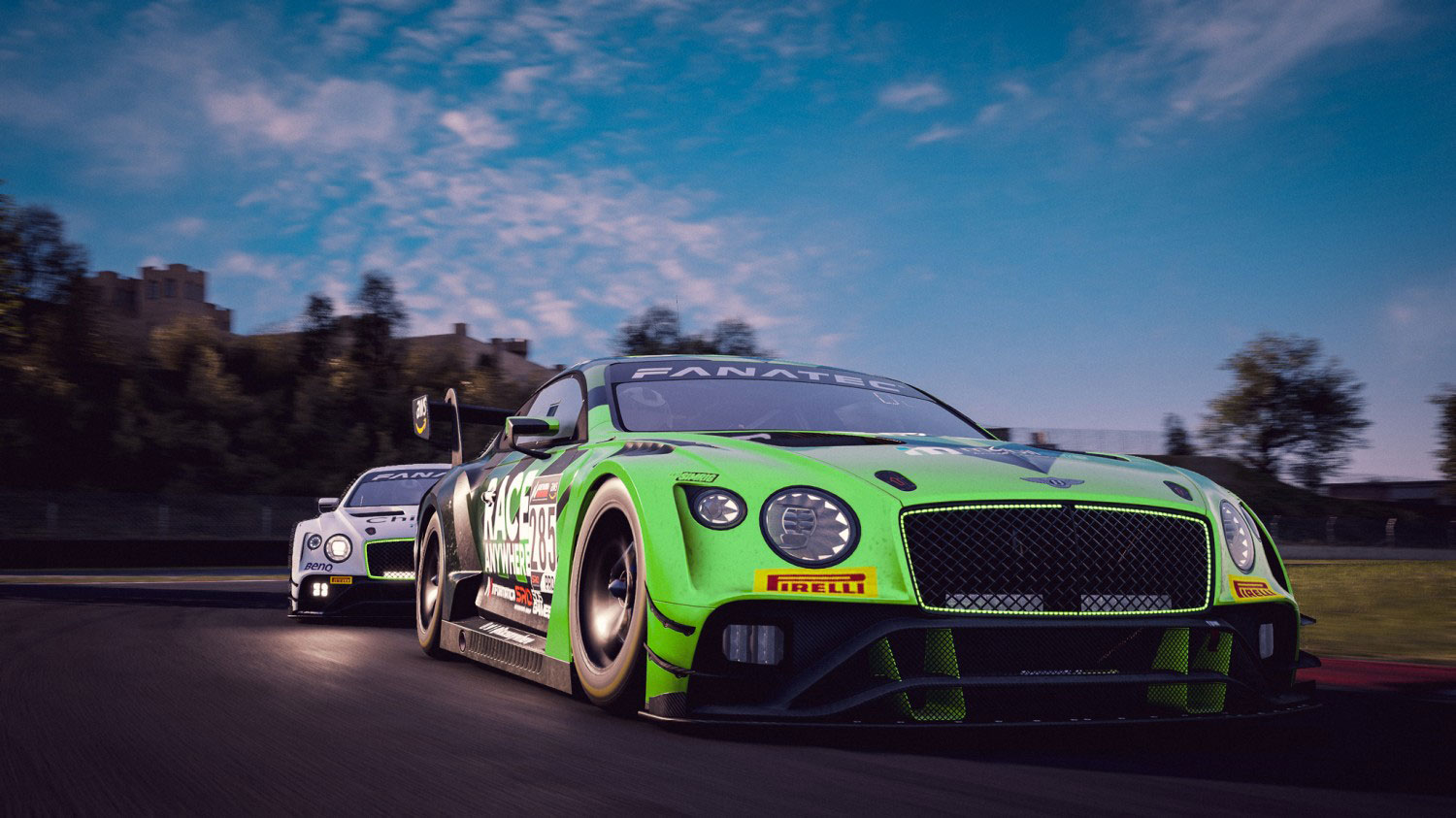 Harry Spiers played his strategy to perfection to claim victory in Round 3 of the Mobileye GT World Challenge Esports America Sprint Series at Kyalami while Luke Whitehead increased his championship lead with his third podium in as many races.

Harteveld dropped behind the BMW Team BS+ TURNER BMW M4 GT3 of Gregor Schill at the start, setting up an early duel between Schill and Boothby in the early stages of the 60-minute race. That fight raged into the pit window which opened after 15 minutes.

A slight miscue from Boothby bunched up the field and allowed Whitehead to pounce, jumping from fifth to third in a frantic few corners. Spiers was also in the middle of the fracas and moved into the top five, but took the opportunity to dive for the pit lane a few laps later which proved to be the move of the race.

Spiers made his stop with 32 minutes remaining in the race, leaving Boothby, Schill, and Whitehead to fight it out for the top three positions. The move gave Spiers clear track after the stop and he started turning laps quick enough for his undercut strategy to leapfrog the rest of the front runners.

The decision to pit also kept Spiers away from the chaos that erupted a few laps later among the top four cars which started when Schill and Boothby went side by side for the lead. Schill emerged in front but both front runners lost their momentum, enabling Chris Severt to come through into the lead from third in the No. 3 Team Severt Racing Aston Martin AMR Vantage GT3. Contact moments later shot Boothby and Schill into the wall exiting Barbecue, eliminating both from contention.

Severt continued to lead until making his pit stop at the tail end of the window which then shuffled Spiers to the front where he would remain for the rest of the race. Igor Rodrigues, who also utilized the undercut strategy, cycled through into second but was carrying a five second time penalty for causing a collision earlier in the race. Rodrigues moved into the lead on the road with six minutes to go, but Spiers kept within that five second margin to secure the race win. Luke Whitehead completed the overall podium in third.

Angel Inostroza had a strong run to seventh overall and took Silver class honors in the No. 96 Yas Heat Porsche 911 GT3 R having emerged ahead of class polesitter Harteveld around after the pit stops. Harteveld lost a potential class podium in a late race incident that also claimed Renan Negrini, promoting Renato Dornelles and Luke Southall into second and third in class, respectively.

Severt, who led overall on the overcut strategy, came out of the pits in fifth but made contact with Philippe Simard while fighting for fourth and fifth on the last lap. Severt was credited with a 16th place result while Simard fell to seventh.

Speaking on the race broadcast after the race, Spiers said, “It seemed like everyone around me just took themselves out! I just kept going up and up and up. When we came out of the pits ahead of Igor I started thinking that we could actually win this one. From that point on I was just in 100-percent focus mode until the end.

“My plan was to go for the overcut strategy unless I ended up in a great big battle which I did. We were losing about a second a lap so I went into the pits and came out just ahead of some traffic. It was a nailbiter on the pit exit but it couldn't have gone any better than me.”

Whitehead's third podium of the year has him leading the points standings by 17 tallies over Rodrigues while Gregor Schill has fallen to a distant third, 28 points adrift.

Chris Harteveld continues to lead the Silver standings and now holds a 21 point lead over Luke Southall with Renato Dornelles a further 26 points behind in third heading into Round 4 on July 9th.