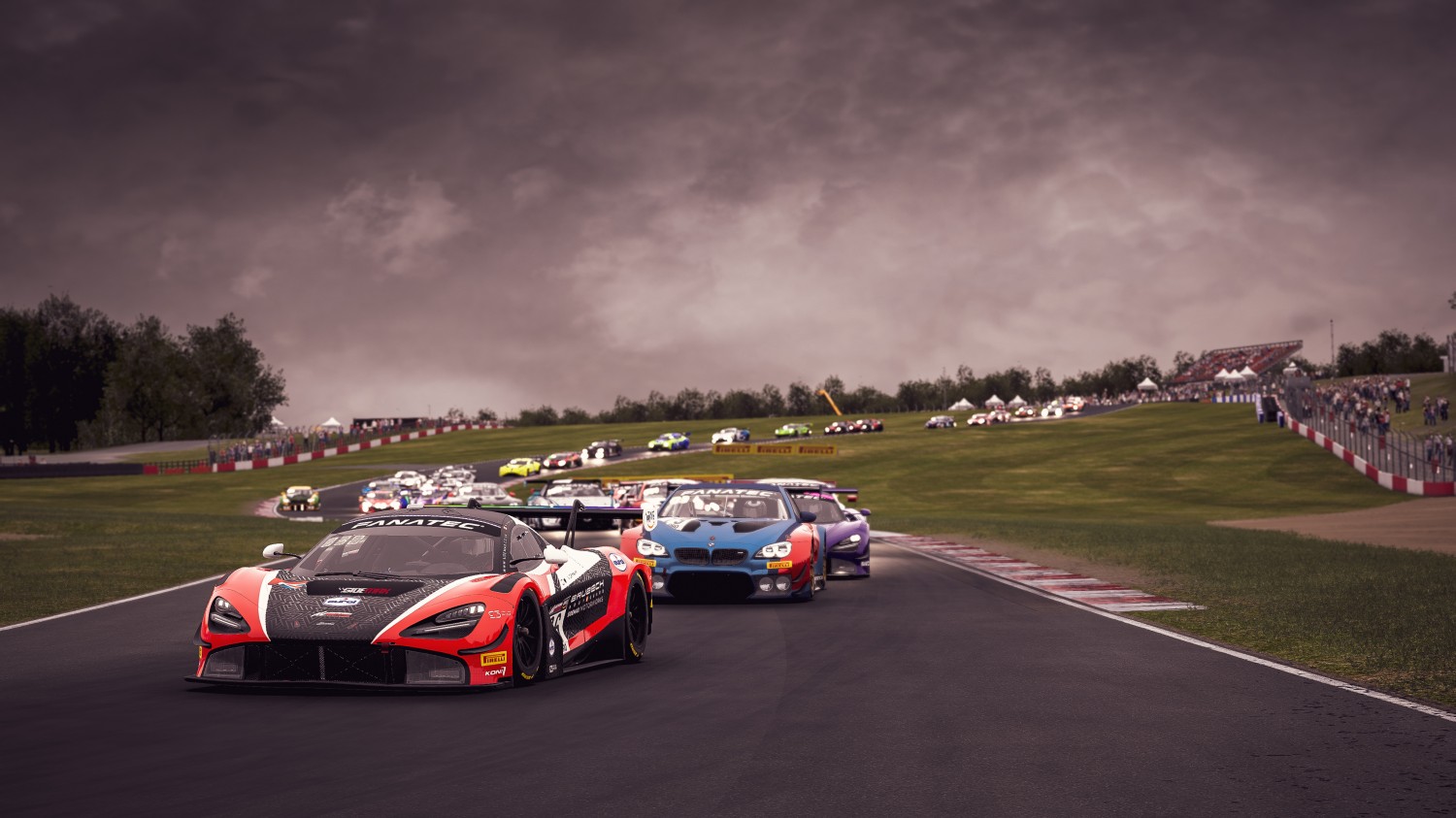 The 2022 Mobileye GT World Challenge America Esports championship rolls into its penultimate round at Donington Park with championships in both the Pro and Silver classes up for grabs.

Igor Rodrigues of Williams Esports is the closest challenger to Whitehead 16 points in arrears. The Bentley driver has podiumed in two races so far but is still seeking his elusive first win of the campaign. He is joined in the Bentley fold by Kyalami winner Harry Spiers and Fidel Moreira who both sit in the Top 10 in the Pro standings. Luke Southall leads the Bentley Brigade in the Silver class, currently second in the standings 19 behind class leader Whitehead. Additional Silver class Bentley Continental GT3s are entered for Gabriel Felipe and Nicolas Gonzalez.

BMW Team BS+ Turner driver Gergor Schill is third in the Pro rankings and is joined by seven other BMW M4 GT3s across the two classes. Joining him in the Pro category are ST Racing's Cameron Martineuau, Philippe Simard, and Phelipe Roberto, while Renan Negrini, Caique Oliveira, Felix Ruppert, and Alessandro Silva all qualified to take part in the Silver class.

Elsewhere on the grid, Acura is once again well represented with six Acura NSX GT3 Evos on the entry list. Josh Staffin, Zach Patterson, Karl, Wittmer, and Cardin Lu are all entered in Pro for the HPD JAS Pro America squad alongside Nicolas Alvarado of RacingSimTools eSports with a lone entry in the Silver class for this round with driver Mike Fritz.

William Hendrickson, a perennial contender in the championship, is the top Aston Martin driver in the standings in fourth. Other Aston Martin AMR V8 Vantages are entered with series veterans Killian Ryan-Meenan and Chris Severt in the Pro class and Renato Dornelles and Josh McKean in Silver.

Fellow British supercar marque McLaren has four of its 720S GT3s in the field with Sam Michaels as the only one in the Pro ranks. Jack Noller, Aloo Gobi, and Jonathan Seville represent the brand in Silver.

Three Lamborghinis, with Cody Blanton and Florian Duhrkop in the top class, and two Ferraris, with Daniel de Oliveira in the Pro ranks, make up the Italian contribution to the grid. The three Pros are joined by a Huracan GT3 Evo for Jonathan Clifford and a 488 GT3 Evo for Vinny Oliveira in Silver.

Three Mercedes-AMG GT3 Evos are entered for Donington with Pros Tobias Pfeffer and Leon Otocki set to be joined by Rene Sievert in Silver. Fellow Germany marque Audi is represented byTaha Malih in Pro while Timothy Flammger is set to pilot an R8 LMS Evo II in Silver competition.

As always, the competition will utilize Assetto Corsa Competizione, the official simulation of the SRO Motorsports Group. Tune-in this Saturday on YouTube.com/GTWorld or Twitch.tv/SROMotorsports at 11:50am PDT / 2:50pm EDT.