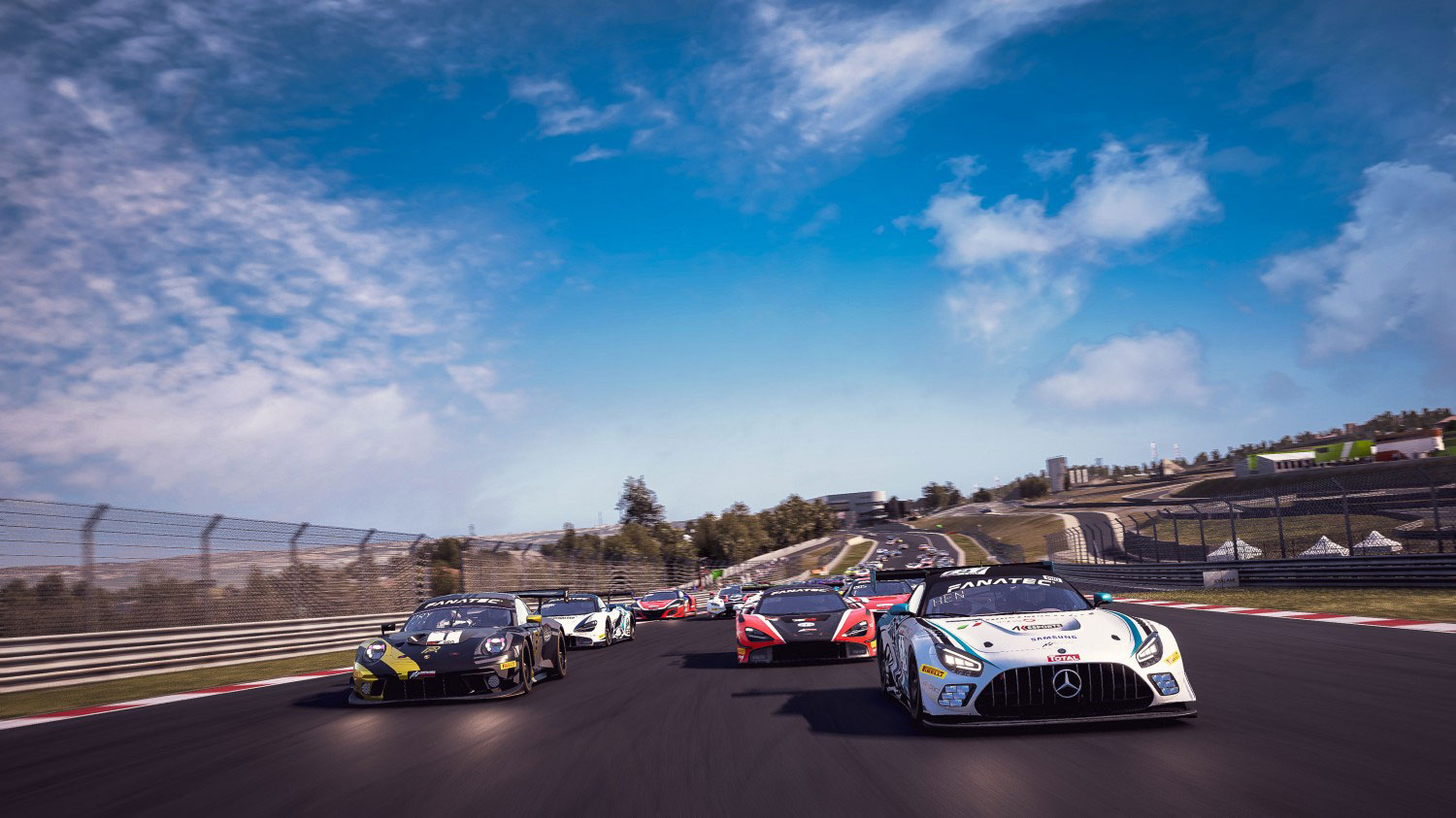 The renowned Kyalami Circuit is the third stop on the Mobileye GT World Challenge America Esports Sprint Series schedule with 45 of the best sim racers in the region set to contest a one-hour race around the 16-turn, 2.814-mile South African course. With a field split between the Pro division for the established stars of the SRO's North American Esports championship and the Silver class for up-and-comers breaking into the scene, the race figures to be hotly contested.

Championship leader Luke Whitehead headlines the entry in the No. 21 Porsche 911 GT3 R from GTWR R8G Academy. Whitehead won the season opener at Silverstone and backed it up with a strong runner-up result in the second round at Zolder to build an eight point lead in the season standings.

Whitehead is one of eight drivers set to contest the Kyalami round in Porsche machinery. He'll be joined by reigning champion Michael Kundakcioglu in the No. 56 Porsche from FFS Racing who sits a distant fourth in the standings after two rounds, 27 tallies behind Whitehead. Also in the Porsche ranks in the Pro class is Zolder runner-up George Boothby from the YAS HEAT team, while Silver class points leader Chris Harteveld is joined by Ryan Yee, Angel Inostroza, Sean Piner, and Felix Tazvinzwa-Hacker entered in 911s in the Silver class.

Seven BMW M4 GT3s are entered in the race including one for Silverstone winner Gregor Schill who drives for the BMW Team BS+Turner operation. Schill is second in points following his win for the team that includes a partnership with SRO America stalwarts Turner Motorsport. Joining Schill in the BMW camp are Pro entries for veteran Philippe Simard of the Mobileye x FFS team and Phelipe Roberto from Williams Esports. Renan Negrini, Caique Oliveira, Felix Ruppert, and Alessandro Silva qualified to compete in the SIlver class.

Igor Rodrigues is seeking his third-consecutive Top 5 finish after a third at Zandvoort and a fifth at Silverstone to start the season. The Williams Esports driver will have stiff competition in the Pro ranks from his fellow Bentley Continental GT3 runners, including Williams teammate Fidel Moreira. Race Anywhere Simsport driver Harry Spiers also will contest the Pro class in a Bentley. Nicolas Gonzalez, Gabriele Felipe, and Luke Southall will represent the British manufacturer in the Silver classification.

Italian sports car makers Lamborghini and Ferrari have five cars split between them on the entry list for Kyalami. Williams Esports ace Daniel de Oliveira and BagBlu Snow Schatten's Vinny Oliveira will contest the race for the Prancing Horse, both in the Pro division, while Race Anywhere Simsport's Cody Blanton and Unicorns of Love Sexy Edition driver Florian Dührkop are set to race in Pro for the Raging Bull. A lone Lamborghini Huracan GT3 Evo for Jonathan Clifford has qualified for the Silver class.

Four Aston Martins split evenly between the two classes are due to take part. The Pro entries belong to William Hendrickson of Jean Alesi Esports Academy and Team Severt Racing's Chris Severt with Renato Dornelles and Josh McKean joining them in Silver.

Completing the grid are six Acura NSX GT3 Evos including five in the Pro class. HPD JAS Pro America makes up the lionshare of the entries with cars for Josh Staffin, Zach Patterson, and Cardin Lu. That trio will be joined in the Pro ranks by Nicholas Alvarado of RacinSimTools eSports. Mike Fritz of Pass on da Grass is the sole Acura in the Silver category.

As always, the race will be held utilizing Assetto Corsa Competizione, the official simulation of the Fanatec GT World Challenge powered by AWS. Tune-in live on YouTube (GTWorld) or Twitch (SROMotorsports) this Saturday at 11:50am PDT / 2:50pm EDT.