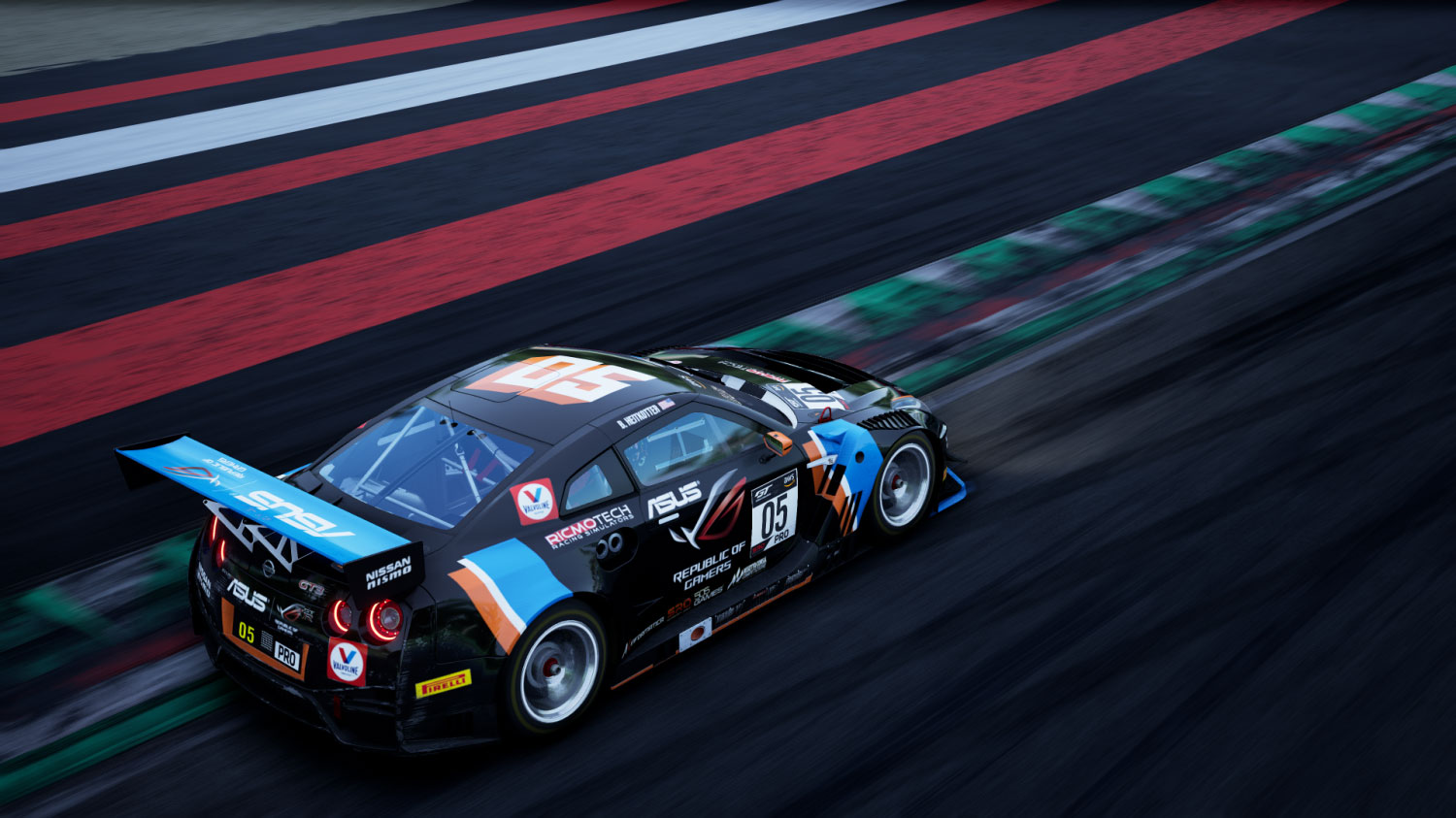 Chris Forsberg and his Forsberg Racing team might not be known in sports car racing. But the homegrown talent has made a name for himself in motorsports. Rather than conquering road courses and circuits, Forsberg came up in the drifting arena with support from Nissan Motorsports, securing the most wins in head-to-head competition and three Formula Drift Championships along the way. In 2020, he and his eponymous team set out to broaden their motorsports endeavors and added sim racing to their efforts with competitive bids in both GT Rivals and the FCP Euro GT World Challenge America Esports Championship.

In spite of their heavy emphasis on racing and race support, Forsberg Racing isn’t just a racing team or track shop; they are also a full-service digital marketing agency, with an emphasis on the youth market. Forsberg Racing produces original content for its partners and can reach over 10 million enthusiasts on social media with their established distribution channels. Utilizing and expanding upon their history in drifting, they are now getting their feet wet in other disciplines including touring car racing and Baja 1000 off-road racing, ultimately hoping to manifest in a professional road racing bid in the near future.

To strengthen the teams position outside of drifting, Forsberg Racing tapped former Pirelli World Challenge racer and GT Academy winner Bryan Heitkotter. With Nissan cars being a common thread the two share, Heitkotter has recently taken on a new position with Forsberg Racing, leading their sim racing effort and coaching Forsberg to extract more performance from all the three-time Champ’s other facets of his driving ability.

For season two of the FCP Euro GT World Challenge America Esports Championship, Heitkotter continued to showcase his sim racing skills under the Forsberg Racing banner. He dominated his home track, WeatherTech Racing Laguna Seca, but was ultimately relegated to third place after a run-in with lapped traffic. In GT Rivals, Heitkotter earned five overall wins in eight rounds of the championship.

Heitkotter’s real world experience behind the wheel of the Nissan GT-R Nismo GT3 has helped tremendously in his competitions against stacked grids of sim racers. Understanding setup changes and how the car races in traffic allows him to shine up front in one of the older GT3 variants.

“Joining Forsberg Racing has been amazing. The team is incredibly dedicated and positive. Our combined strengths, talents, and resources have been a natural fit and I'm looking forward to seeing where this takes us!” said Heitkotter. “I've been helping Chris get up to speed with sim racing and his improvement has been huge in a short time already. It's a very different experience from drifting. He's using his skills to adapt well. I think he'll surprise some people this year!”

Just as your equipment in the real world is an important part of your success, sim racing also requires high performance components and equipment to race competitively with the best. Forsberg Racing teamed with ASUS Republic of Gamers to step up the team’s sim rigs with top-line competition products that are also available off-the-shelf at the retail consumer level. 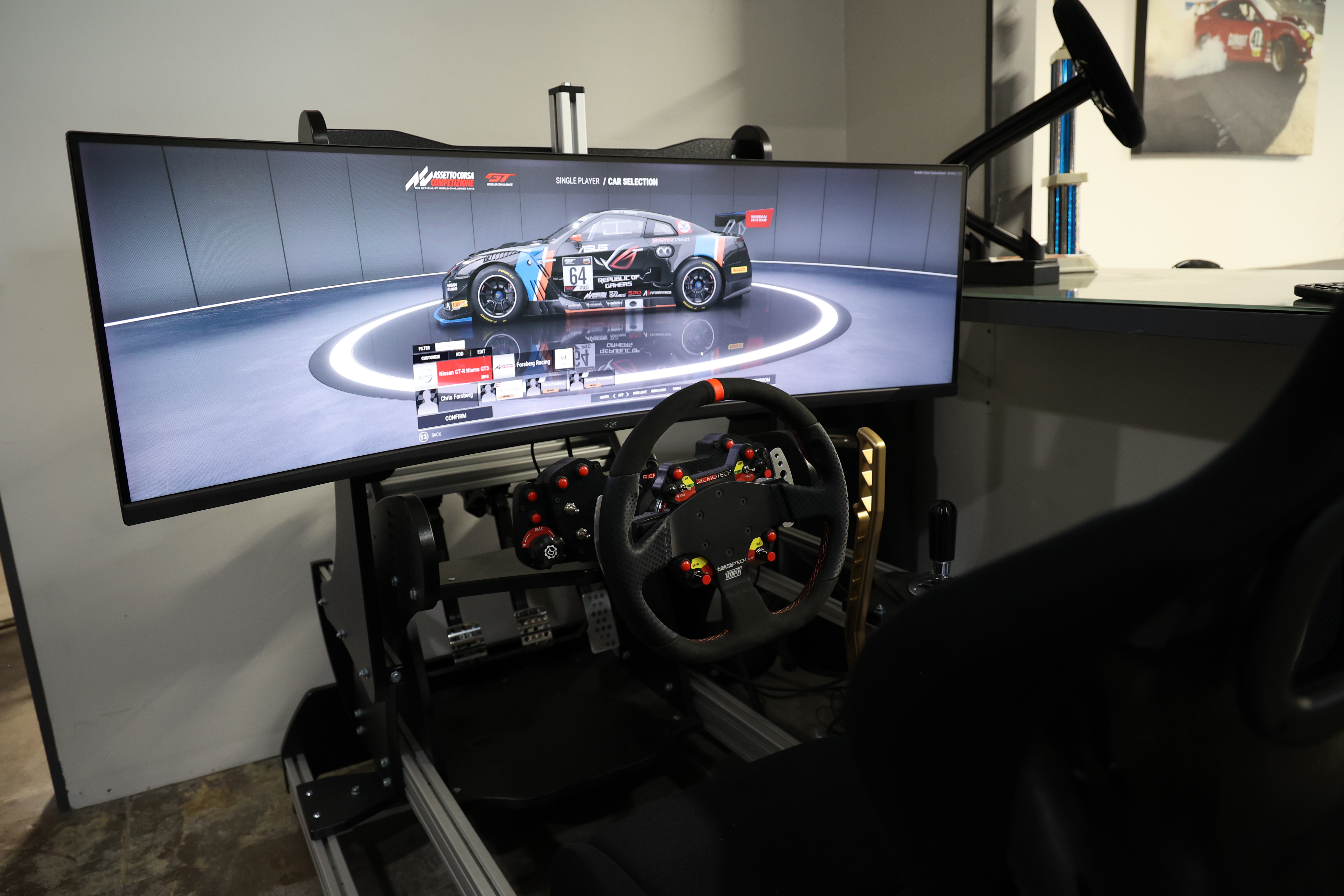 In any simulation, particularly sim racing, computer processing and rendering power are the foundations upon which any championship run must be built. Having the power and ability to run Assetto Corsa Competizione on Epic settings allows for greater in-game detail, allowing the Forsberg Racing drivers to push the limits and get the most out of their virtual Nissans. To that end, ASUS ROG supplied the ROG Strix GL12 gaming desktop that features an Nvidia GeForce RTX 2080 TI graphics card for the best graphical-rendering ability and an Intel Core i9 CPU to prevent gameplay delays and buffering.

One of the main drawbacks between piloting from a real versus virtual driver’s seat is the breadth of one’s Field of Vision. The limited peripheral vision is mitigated to some extent in real life with simple head turns; this is, of course, not an option in the “fixed” field of sim racing where the view is limited by the physical screen real estate. To keep the sim rig simple while maximizing Forsberg’s ability to remain in top form, ASUS provided its ASUS ROG Strix XG49VQ ultrawide monitor to maximize screen real estate while minimizing complexity. An easy setup and expanded view make it a win for sim racing. 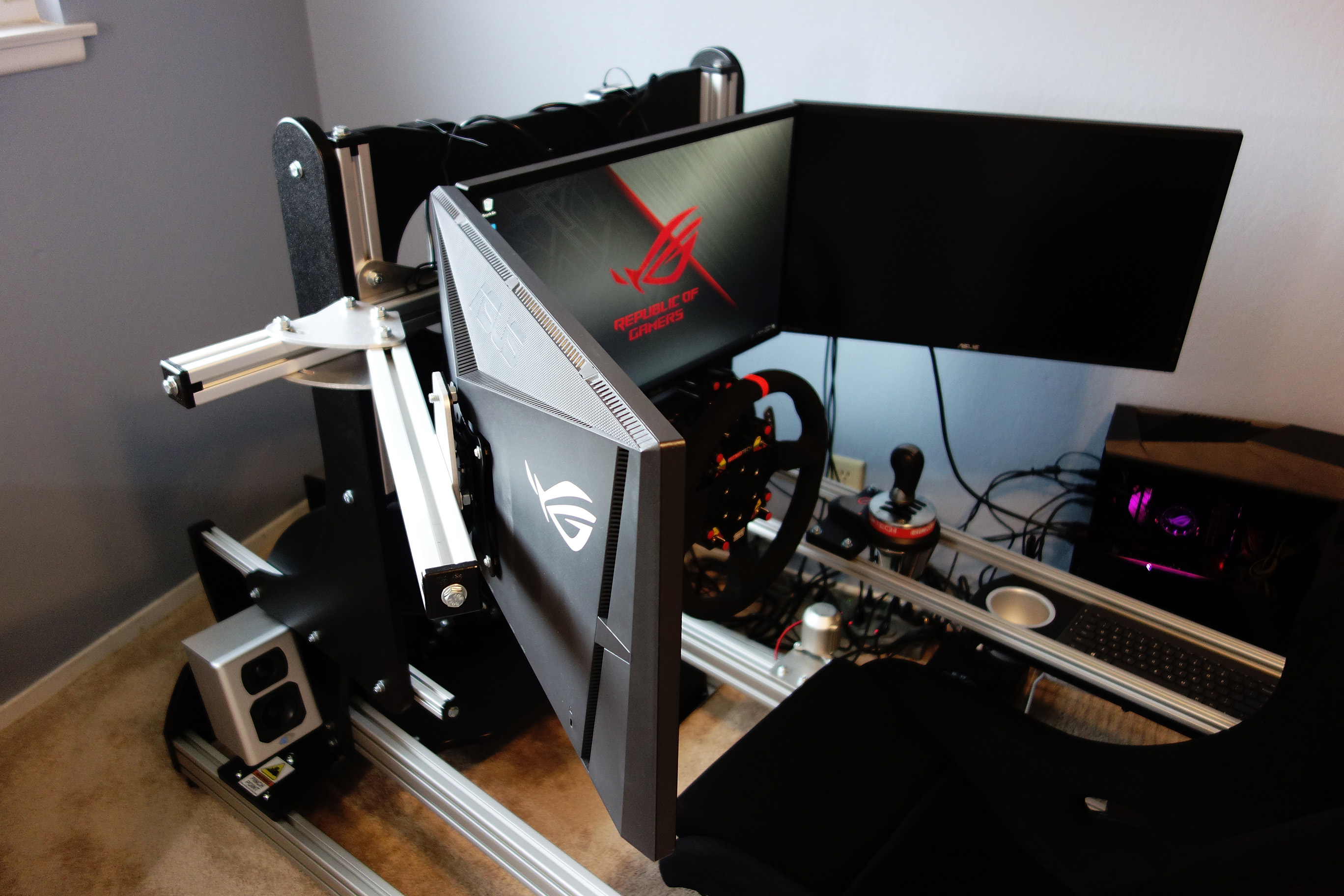 The Forsberg Racing team mounted their new components to Ricmotech motion simulators with Recaro seats for the most realistic feel for sim racing. Providing Bryan and Chris with the best to challenge SRO esports races and train in between real races.

“Sim racing has given me so much seat time over the past year. Joining the SRO series was the first time I have ever done long “wheel to wheel” racing stints with real drivers. It has taught me a lot in regards to patience and mental concentration,” said Forsberg. “Grateful to have great partners like ASUS ROG to help strengthen my performance in esports with their top of the line PC gear. Can't wait to do more!”

“Supporting Chris and the talented Forsberg Racing team as they dive into the world of sim racing has been such an exciting journey for us over the past year,” said Yen Hoang, Sr. Manager of Brand Marketing at ASUS North America. “Thanks to our continued partnership with SRO Motorsports America, we’re looking forward to bringing sim racing to the homes of many more aspiring competitors like Chris with our latest gaming gear!”

Ready to start sim racing? ASUS Republic of Gamers and TUF Gaming empowers sim racers and gamers with the tools they need to perform at their best. From innovative gaming desktops to monitors, top-of-the-line graphics cards and motherboards, there’s a Republic of Gamers and TUF Gaming solution for PC DIY enthusiasts and gamers of all experience levels.

For sim racers who are always on the go, the TUF Dash F15 gaming laptop is the perfect companion and can also be paired with a versatile TUF Gaming VG259QM monitor for smooth visuals. And for those looking for the latest and greatest gaming components to pair with an ultrawide monitor or multi-monitor setup, the recently announced ROG Strix Z590 series motherboards and ROG GeForce RTX™ 30-series GPUs provide top-of-the-line sim racing performance.

Not sure where to start? Just in time for Valentine’s Day, ASUS PC DIY will be hosting new giveaways, videos from your favorite builders, a special live stream event, and more educational content to help you learn, connect and share new PC building knowledge and experiences with your loved ones. Learn more at https://us.rog.gg/PCDIY.

Additionally, you can also check out the ASUS PC DIY Hub, which has everything that aspiring sim racers need to know in order to get started today – check out the Hub website at https://www.asus.com/us/site/PCDIY/ to learn how to build your own PC as easy as 1, 2, 3! 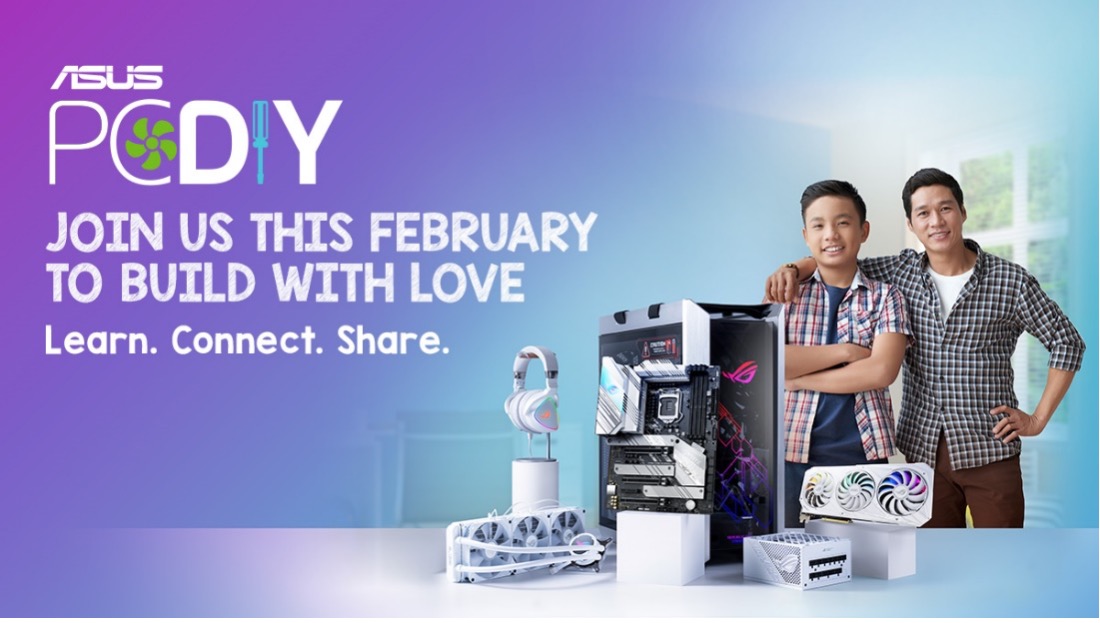